It’s August 2014 and we are about to have 10 days trekking in Norway. Initially heading up to Trolltunga then to the Hardangervidda and a 4 or 5 day trek across the plateau.

We flew with BA from Heathrow to Bergen and had landed by 11am. We picked up our minibus and headed East. On our route we drove along the E16 through the pretty town of Voss and across the new bridge over Eidfjord towards Odda.

We found a good spot to camp next to the Fjord and set up our tents- fortunately in the dry because about half an hour after we pitched camp the rain began to fall, which did have the benefit of sending the midges away!

An early start to the next day. There are two ways to get onto the plateau, a twisting winding path or straight up the old mine shaft one step after another. About an hour later we were at the top with burning legs. A shock to the system and I was glad no one fell down through the wooden railway sleepers.

The path ambled its way over the plateau and you had glimpses of something spectacular when the clouds opened. 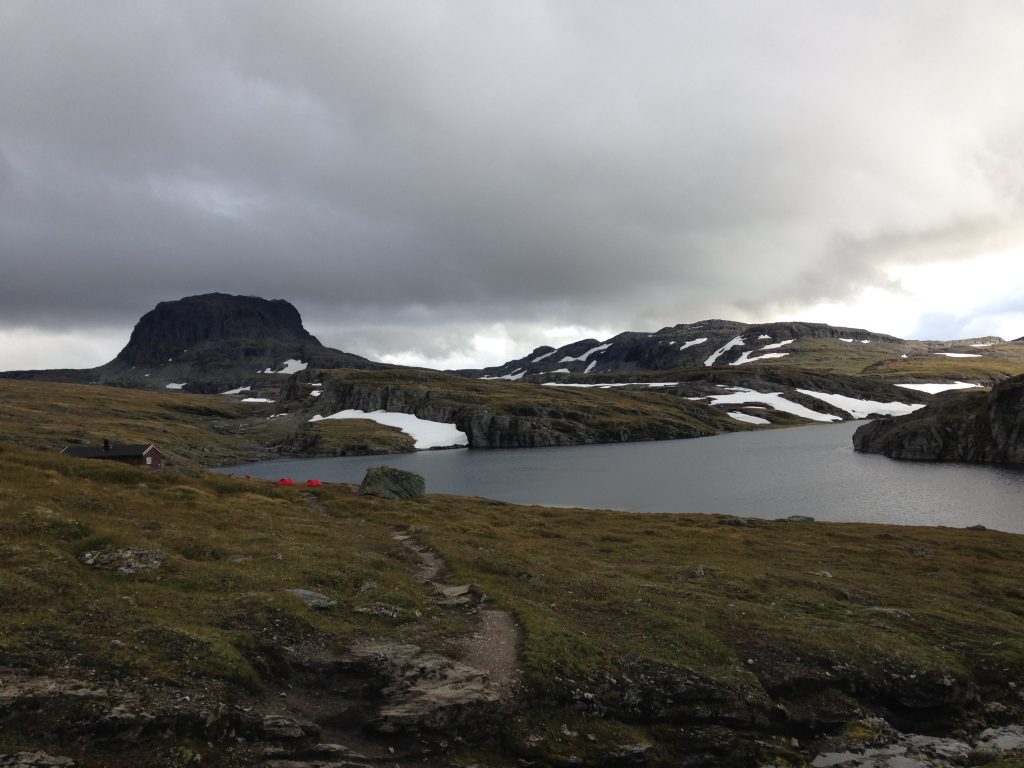